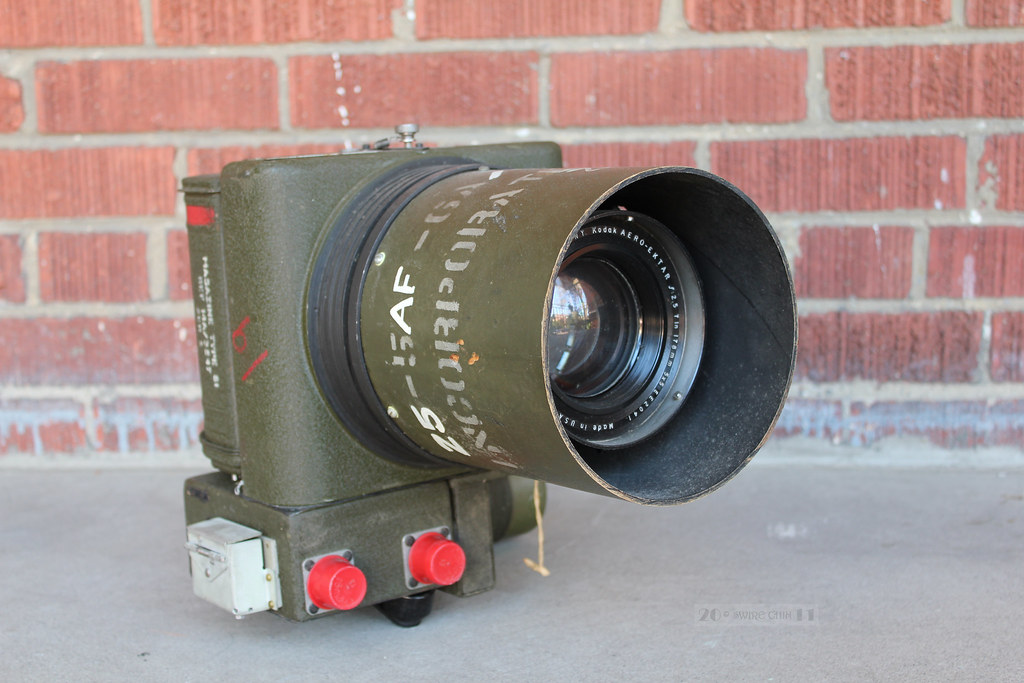 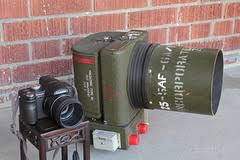 The F24 camera is a 1920s British camera used for aerial reconnaissance by British and Allied armed forces into the mid-1950s. It is widely and erroneously referred to as F.24 or F-24. 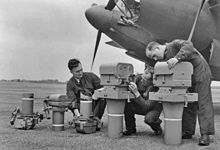 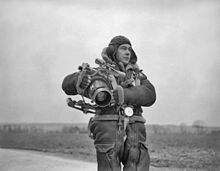 The outline design of the F24 camera was carried out by the Royal Aircraft Establishment at Farnborough, and it was introduced in 1925. Detailed design, and most production, was by Williamson Manufacturing Company Ltd of Willesden Green, London NW.10. The F24 was designed to be lighter and smaller than the F8 camera of 1919, but the F8 continued to be used in less demanding installations. The main component units of the F24 are a body with roller blind focal plane shutter, gearbox, film magazine, and lens cone. Image film format is 5″×5″, on 5″ wide roll film, with magazine capacity up to 250 exposures (the F8 offered images up to 8″×7.5″ on 9″ wide film). Shutter speed is preset between 1/100s and 1/1000s.[1][2][3] 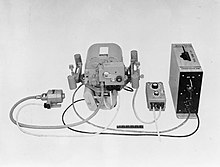 F24 Mk. 1 motorized camera for night photography, to the right is a Type 35 camera control unit

During the Second World War, the F24 was also manufactured by Vinten. A modified but compatible version with lower weight was designed and manufactured by Eastman Kodak as the K-24, for use by US forces. Also in 1942, the F24 was developed into the F52 that used an image format of 8.5″×7″, magazines up to 500 exposures, and was better suited for 36″ and 40″ lenses in larger installations.[1][2][3] 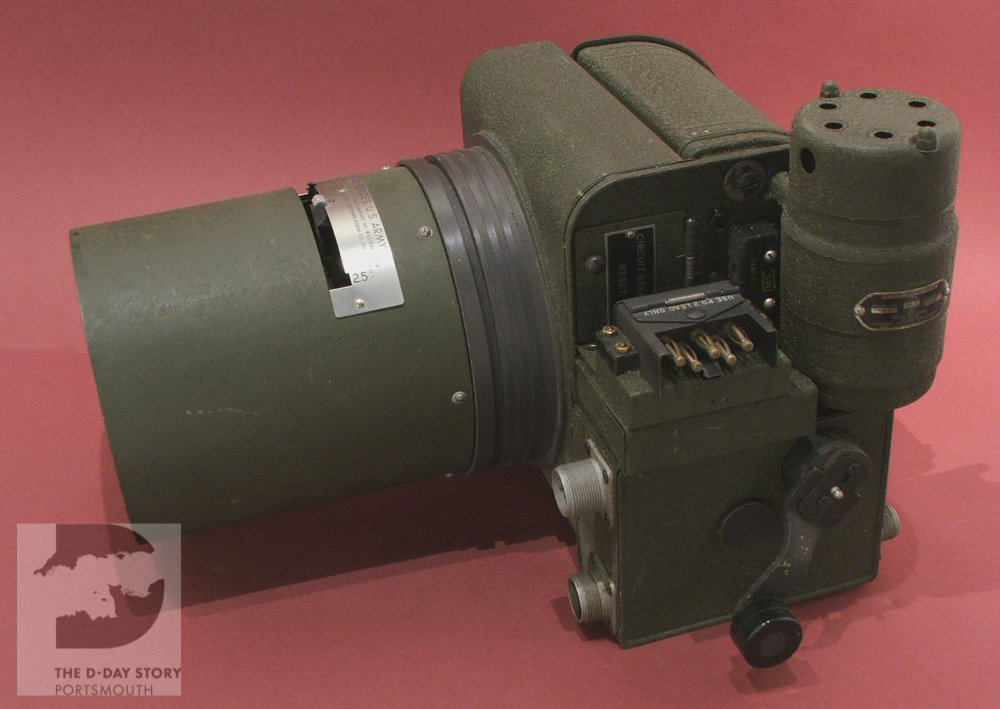 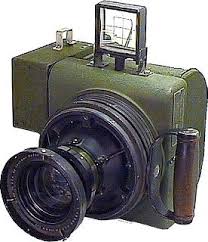