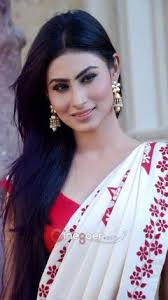 Mouni Roy (born 28 September 1985) is an Indian film and television actress.[4] She is best known for playing Krishna Tulsi in Kyunki Saas Bhi Kabhi Bahu Thi in 2007, Sati in Devon Ke Dev…Mahadev and Shivanya/Shivangi in Naagin in the 2 seasons in which she played the protagonist. She has also played the role of Meera in Junoon – Aisi Nafrat Toh Kaisa Ishq. She was a finalist on Jhalak Dikhhla Jaa in 2014. She is a trained Kathak dancer. In 2018, she made her film debut opposite Akshay Kumar with the sports biopic Gold. Roy starred alongside John Abraham in Robbie Grewal’s espionage thriller Romeo Akbar Walter (2019). She portrayed Maha Naagrani Shivangi and Shivanya in the final episodes of Naagin season 3. Also in 2019, she was seen in Made in China alongside Rajkumar Rao.

Mouni Roy was born on 28 September 1985 in Cooch Behar to a Bengali family from West Bengal.[3] Her grandfather, Shekhar Chandra Roy was a well-known Jatra theatre artist. While her mother Mukti was a theatre artist, her father Anil Roy was an office superintendent of the Cooch Behar Zilla Parishad. She did her schooling till class 12th from Kendriya Vidyalaya in Baburhat, Cooch Behar and then went to Delhi. She took up mass communication at Jamia Milia Islamia at her parents’ insistence, but left the course midway and went to Mumbai to try her luck in films. She finished her part 1 exams and did not return to Delhi after that.[6][better source needed] She appeared as a background dancer in the song Nahi Hona in 2004 film Run.

Mouni started her career in 2007 with the Ekta Kapoor drama Kyunki Saas Bhi Kabhi Bahu Thi playing the role of Krishna Tulsi opposite Pulkit Samrat.[7] She then participated and won the first season of Zara Nachke Dikha along with Karishma Tanna and Jennifer Winget. Mouni then appeared as Shivani in the series Kasturi. In 2008, Roy participated in Pati Patni Aur Woh along with Gaurav Chopra then after in 2010, she played the role of Roop in Do Saheliyaan.

In 2011, Mouni starred in the Punjabi movie Hero Hitler in Love. Mouni made fame after playing the role as Sati in Life OK‘s mythological series Devon Ke Dev…Mahadev from 2011 to 2014.[8] During that time she played the lead as Meera opposite Aditya Redij in Life OK‘s Junoon – Aisi Nafrat Toh Kaisa Ishq in 2013.[9] In 2014, Mouni participated in the dance reality show on Colors Jhalak Dikhhla Jaa in its seventh season along with Punit Pathak.

In 2015, Mouni returned to television with Ekta Kapoor‘s supernatural series Naagin playing the role of Shivanya opposite Arjun Bijlani and Adaa Khan. The series topped the TRP charts since its begin and continued to so. She became one of the players of Arjun’s team Mumbai Tigers in Box Cricket League. She also hosted the dance show So You Think You Can Dance along with Rithvik Dhanjani on &TV. Mouni also played a double role in Season 2 of Naagin. Her chemistry with Bijlani in season 1 and with Bohra in season 2 was highly appreciated by audience and established her as a leading actress in Indian Television Industry.[10][11] In 2016, Mouni voiced for the role of Sita in the animated film Mahayodha Rama. In the same year she also appeared in a song ‘Ki Kariye Tu Nachna Aunda Ni’ in Tum Bin 2.[12]

In 2018, Mouni made her Bollywood debut alongside Akshay Kumar in Gold directed by Reema Kagti.[13] She also made a special appearance in the film K.G.F: Chapter 1 in the song ‘Gali Gali’. In May 2019, she made a cameo appearance in the final few episodes of Naagin 3 as Mahanaagrani Shivangi. In the 2019, she also starred in two films; RAW – Romeo Akbar Walter opposite John Abraham.[14] Made in China alongside Rajkumar Rao.[15]

As of 2020, she has two upcoming major projects; Mogul opposite Aamir Khan and the Indian superhero trilogy Brahmastra directed by Ayan Mukherjee and produced by Karan Johar, co-starring Ranbir Kapoor, Alia Bhatt and Amitabh Bachchan.[16][17] 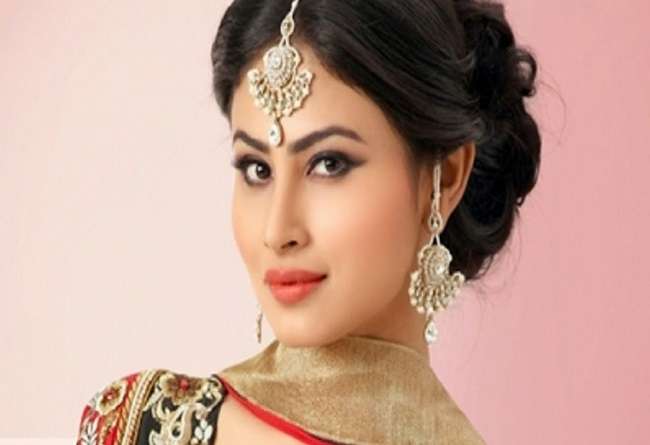 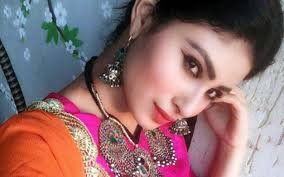 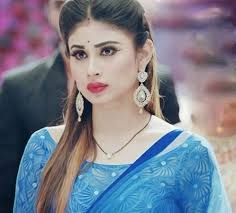 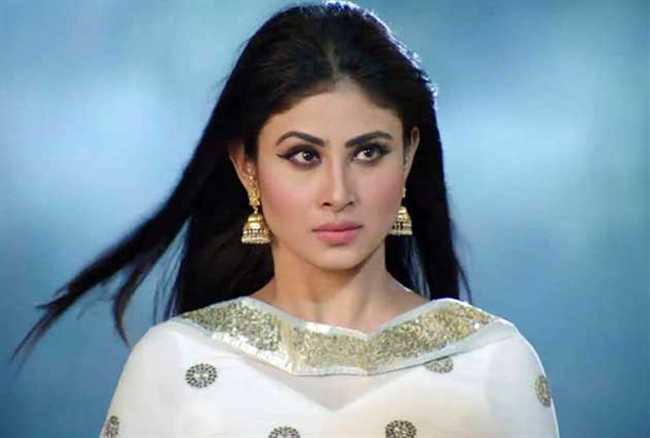