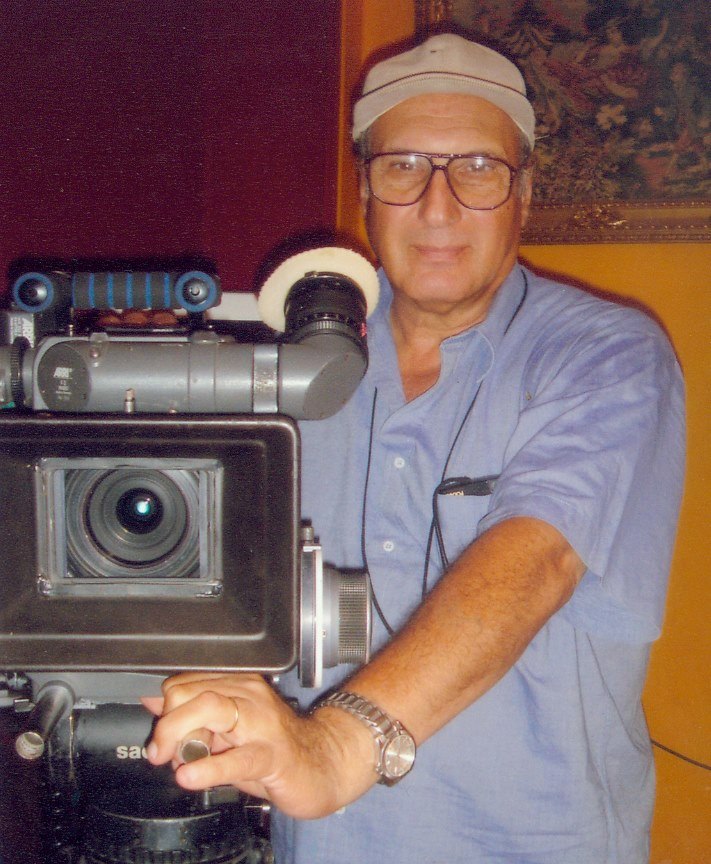 Scars in the land heal and fantasy-like scenes are back at Jiuzhaigou Valley in southwest #China, which has recovered from M7.0 earthquake which struck a year ago today, killing 25 and injuring hundreds

For other uses, see Jiuzhaigou (disambiguation).

listen); Chinese: 九寨沟) is a nature reserve and national park located in the north of Sichuan Province in the southwestern region of China. A long valley running north to south, Jiuzhaigou was inscribed by UNESCO as a World Heritage Site in 1992 and a World Biosphere Reserve in 1997.[1] It belongs to the category V (Protected Landscape) in the IUCN system of protected area categorization.

Jiuzhaigou (literally “Nine Village Valley”) takes its name from the nine Tibetan villages along its length.

The remote region was inhabited by various Tibetan and Qiang peoples for centuries. Until 1975 this inaccessible area was little known.[2] Extensive logging took place until 1979, when the Chinese government banned such activity and made the area a national park in 1982. An Administration Bureau was established and the site officially opened to tourism in 1984; layout of facilities and regulations were completed in 1987.

The site was inscribed by UNESCO as a World Heritage Site in 1992 and a World Biosphere Reserve in 1997. The tourism area is classified as a AAAAA scenic area by the China National Tourism Administration.[3]

Developments related to mass tourism in the region have caused concerns about the impact on the environment around the park.[5]

Seven of the nine Tibetan villages are still populated today. The main agglomerations that are readily accessible to tourists are Heye, Shuzheng and Zechawa along the main paths that cater to tourists, selling various handicrafts, souvenirs and snacks. There is also Rexi in the smaller Zaru Valley and behind Heye village are Jianpan, Panya and Yana villages. Guodu and Hejiao villages are no longer populated. Penbu, Panxing and Yongzhu villages lie along the road that passes through the town of Jiuzhaigou/Zhangza outside the valley.

In 2003, the permanent population of the valley was about 1,000 comprising 112 families,[2] and due to the protected nature of the park, agriculture is no longer permitted so the locals now rely on tourism and local government subsidies to make a living.

Panorama of Shuzheng Village, the busiest Tibetan village in the valley

Jiuzhaigou lies at the southern end of the Minshan mountain range, 330 km (205 mi) north of the provincial capital of Chengdu. It is part of the Jiuzhaigou County (formerly Nanping County) in the Aba Tibetan Qiang Autonomous Prefecture of northwestern Sichuan province, near the Gansu border.

Rhinoceros Lake, one of the Nuorilang lakes, and the second largest in the valley

Jiuzhaigou’s ecosystem is classified as temperate broad-leaf forest and woodlands, with mixed mountain and highland systems. Nearly 300 km2 (116 sq mi) of the core scenic area are covered by virgin mixed forests. Those forests take on attractive yellow, orange and red hues in the autumn, making that season a popular one for visitors. They are home to a number of plant species of interest, such as endemic varieties of rhododendron and bamboo.

Local fauna includes the endangered giant panda and golden snub-nosed monkey. Both populations are very small (fewer than 20 individuals for the pandas) and isolated. Their survival is in question in a valley subject to increasing tourism. It is one of only three known locations for the threatened Duke of Bedford’s vole.[6] Jiuzhaigou is also home to approximately 140 bird species.

Jiuzhaigou’s landscape is made up of high-altitude karsts shaped by glacial, hydrological and tectonic activity. It lies on major faults on the diverging belt between the Qinghai-Tibet Plate and the Yangtze Plate, and earthquakes have also shaped the landscape. The rock strata are mostly made up of carbonate rocks such dolomite and tufa, as well as some sandstone and shales.

The valley includes the catchment area of three gullies (which due to their large size are often called valleys themselves), and is one of the sources of the Jialing River via the Bailong River, part of the Yangtze River system.

Jiuzhaigou’s best-known feature is its dozens of blue, green and turquoise-colored lakes. The local Tibetan people call them Haizi in Chinese, meaning “son of the sea”. Originating in glacial activity, they were dammed by rockfalls and other natural phenomena, then solidified by processes of carbonate deposition. Some lakes have a high concentration of calcium carbonate, and their water is very clear so that the bottom is often visible even at high depths. The lakes vary in color and aspect according to their depths, residues, and surroundings.

Some of the less stable dams and formations have been artificially reinforced, and direct contact with the lakes or other features is forbidden to tourists.

Jiuzhaigou is composed of three valleys arranged in a Y shape. The Rize and Zechawa valleys flow from the south and meet at the centre of the site where they form the Shuzheng valley, flowing north to the mouth of the valley. The mountainous watersheds of these gullies are lined with 55 km (34 mi) of roads for shuttle buses, as well as wooden boardwalks and small pavilions. The boardwalks are typically located on the opposite side of the lakes from the road, shielding them from disturbance by passing buses.

Most visitors will first take the shuttle bus to the end of Rize and/or Shuzheng gully, then make their way back downhill by foot on the boardwalks, taking the bus instead when the next site is too distant. Here is a summary of the sites found in each of the gullies: 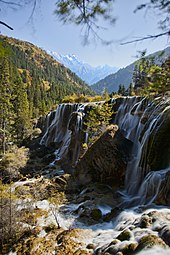 The 18-kilometre-long (11 mi) Rize Valley (日则沟, pinyin: Rìzé Gōu) is the south-western branch of Jiuzhaigou. It contains the largest variety of sites and is typically visited first. Going downhill from its highest point, one passes the following sites: 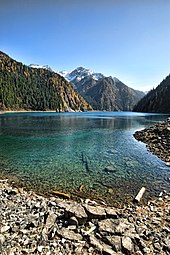 Long Lake is the highest, largest and deepest lake in Jiuzhaigou

The Zechawa Gully (则查洼沟, Zécháwā Gōu) is the south-eastern branch of Jiuzhaigou. It is approximately the same length as Rize gully (18 km) but climbs to a higher altitude (3150 m at the Long Lake). Going downhill from its highest point, it features the following sites:

The Shuzheng Valley (树正沟, Shùzhèng Gōu) is the northern (main) branch of Jiuzhaigou. It ends after 14.5 km (9 mi) at the Y-shaped intersection of the three gullies. Going downhill from the intersection to the mouth of the valley, visitors encounter the following:

The Nuorilang Falls are 320 metres wide 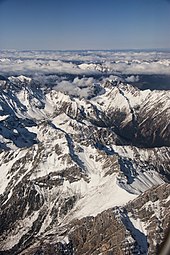 The Zharu Valley (扎如沟, Zhārú Gōu) runs southeast from the main Shuzheng gully and is rarely visited by tourists. The valley begins at the Zharu Buddhist monastery and ends at the Red, Black, and Daling lakes.

Zharu Valley is the home of tourism in Jiuzhaigou.[7] The valley has recently been opened to a small number of tourists wishing to go hiking and camping off the beaten track. Visitors can choose from day walks and multiple day hikes, depending on their time availability. Knowledgeable guides accompany tourists through the valley, sharing their knowledge about the unique biodiversity and local culture of the national park. The Zharu Valley has 40% of all the plant species that exist in China and it is the best place to spot wildlife inside the national park.

Jiuzhaigou, compared with other high-traffic scenic spots in China, can be difficult to reach by land. The majority of tourists reach the valley by a ten-hour bus ride from Chengdu along the Min River canyon, which is prone to occasional minor rock-slides and, in the rainy season, mudslides that can add several hours to the trip. The new highway constructed along this route was badly damaged during the 2008 Sichuan Earthquake, but has since been repaired. Further repairs from Mao Xian to Chuan Zhu Si are proceeding, but the road is open to public buses and private vehicles.

Since 2003, it has been possible to fly from Chengdu or Chongqing to Jiuzhai Huanglong Airport on a 3,448-metre-high (11,311 ft) mountain side in Songpan County, and then take an hour-long bus ride to Huanglong, or a 90-minute bus ride to Jiuzhaigou. Since 2006, a daily flight to Xi’an opens in the peak season. In October, 2009, new direct flights were added from Beijing, Shanghai, and Hangzhou. Jiuzhaigou and Huanglong National Parks did not experience any damage during the earthquake of May, 2008, and did not close after the event.

In August 2017, a magnitude 7.0 earthquake struck Jiuzhaigou County, causing significant structural damage. The authorities closed the valley to tourists until March 3, 2018, before reopening the park with limited access. [9]

The Chengdu–Lanzhou Railway is under construction and will have a station in Jiuzhaigou County. 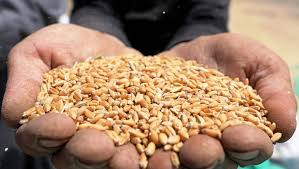