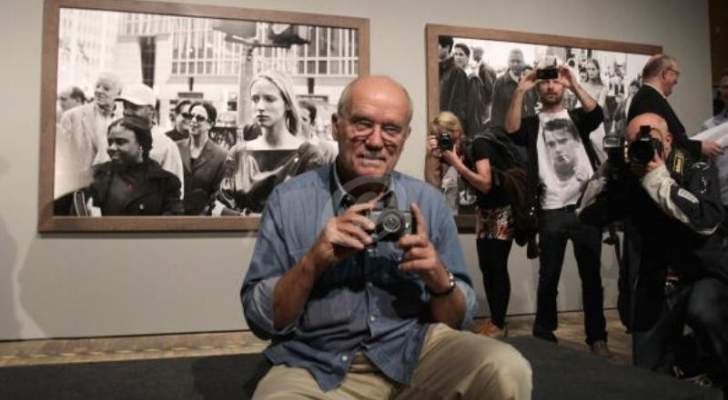 He had studied arts in Berlin and Krefeld, and exhibited his works already before graduation. In 1971 he turned to photography and worked for the Stern magazine.

In fashion photography, he portrayed models Linda Evangelista, Naomi Campbell, Tatjana Patitz, Cindy Crawford and Christy Turlington together for the January 1990 British Vogue cover, beginning an era of supermodels. He twice photographed the Pirelli Calendar, made several films, and created covers for music including Tina Turner’s Foreign Affair, Sheryl Crow’s The Globe Sessions and Beyoncé’s I Am… Sasha Fierce.

His work has been presented at international exhibitions. Lindbergh preferred black & white photography, and noted in 2014: “This should be the responsibility of photographers today to free women, and finally everyone, from the terror of youth and perfection.”

Lindbergh was born on 23 November 1944 in Lissa (Leszno), Reichsgau Wartheland, German-occupied Poland. He spent his childhood in Duisburg.[2]

As a teenager, he worked as window dresser for the Karstadt and Horten department stores in Duisburg. Coming from a part of Germany close to the Dutch border, North Rhine-Westphalia, he spent summer holidays with his family in the Netherlands on the coast near Noordwijk. The vast beaches and the industrial settings of his hometown Duisburg, influenced his work strongly over the years. In the early 1960s, he moved to Lucerne and months later to Berlin where he enrolled in the Berlin Academy of Fine Arts. He hitchhiked to Arles in the footsteps of his idol, Vincent van Gogh. Lindbergh recalled these years: “I preferred actively seeking out van Gogh’s inspirations, my idol, rather than painting the mandatory portraits and landscapes taught in art schools”. After several months in Arles, he continued through to Spain and Morocco, a journey which took him two years.[3]

Returning to Germany, he studied abstract art at the Kunsthochschule (College of Art) in Krefeld, North Rhine-Westphalia, with Günther C. Kirchberger. Influenced by Joseph Kosuth and the conceptual art movement, he was invited in 1969, before graduating, to present his work at the avant-garde Galerie Denise René. These works were exhibited in the Objets ludiques exhibition at the Tinguely Museum in Basel in 2014. After moving to Düsseldorf in 1971, he turned his attention to photography and worked for two years assisting German photographer Hans Lux, before opening his own studio in 1973. Becoming well known in his native country, he joined the Stern magazine family along with photographers Helmut Newton, Guy Bourdin and Hans Feurer.[4][5]

In 2014 Lindbergh said: “This should be the responsibility of photographers today to free women, and finally everyone, from the terror of youth and perfection.”[6][7] In 2016, Lindbergh declared that “A fashion photographer should contribute to defining the image of the contemporary woman or man in their time, to reflect a certain social or human reality. How surrealistic is today’s commercial agenda to retouch all signs of life and of experience, to retouch the very personal truth of the face itself?”[8]

The journalist Suzy Menkes wrote that “Refusing to bow to glossy perfection is Peter Lindbergh’s trademark – the essence of the images that look into each person’s unvarnished soul, however familiar or famous the sitter”.[9]

In 1989, Linda Evangelista, Naomi Campbell, Tatjana Patitz, Cindy Crawford, and Christy Turlington,[10][11] young models then, were photographed together for the first time by him for the January 1990 British Vogue cover. This has been credited as the start of the era of supermodels.[12][13] His cover inspired singer George Michael to cast his models in the video for his song “Freedom ’90“.[14] Around the same time, Italian fashion designer Gianni Versace featured the new supermodels who had been featured two years earlier in Lindbergh’s photographs, for his Fall–Winter 1991 fashion show.[15][vague] In a 2008 interview with art historian Charlotte Cotton, he explained:

Using black-and-white photography was really important to creating the supermodel. Every time I tried to shoot them in colour, because their beauty was close to perfection, it ended up looking like a bad cosmetics advert. With black and white, you can really see who they are. It toned down the commercial interpretation that colour gives. What’s so striking about black and white is how it really helps a sense of reality to come through.[16]

He twice photographed the Pirelli calendar, in 1996 and 2002. The latter, which used actresses instead of models for the first time, was shot on the back lot of Paramount Studios,[17] and was described by art critic Germaine Greer as “Pirelli’s most challenging calendar yet.”[18] Lindbergh was the first photographer in the fifty-year history of the Pirelli calendar to be invited to photograph it for a third time (for the 2017 edition).[19]

Lindbergh collaborated on two complete issues of Vogue photographed by he and his assistant, Jethro Gaines of J.Gaines Studio, one celebrating Vogue Germany 30th anniversary in October 2009,[20] and the other for Vogue Spain in December 2010.[21] 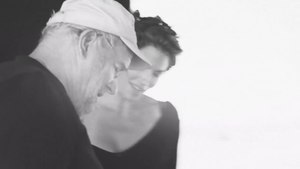 Directors’ Cuts: The Reunion with Cindy Crawford and Lindbergh

Lindbergh directed a number of films and documentaries.

Pina Bausch, Der Fensterputzer (2002) was an experimental film about his friend Pina Bausch.[24]

Everywhere at Once (2008) was directed by Lindbergh and Holly Fisher. Narrated by Jeanne Moreau, the film consists of refilmed Lindbergh photographs, many of them unpublished, interwoven with excerpts from Tony Richardson‘s film Mademoiselle. It had its world premiere at the Tribeca Film Festival in New York in 2008,[25] after the Avant-premiere at the Cannes Film Festival in 2007.[26]

Peter Lindbergh — Women’s Stories (2019) was directed by Jean-Michel Vecchiet. It is a documentary film about Lindbergh’s life and also features his first wife, Astrid Lindbergh.[7][27]

Lindbergh photographed the movie poster for Tony Scott‘s movie The Hunger (1983) featuring David Bowie, Susan Sarandon and Catherine Deneuve, and the album cover for the soundtrack,[28] Pedro Almodóvar’s movie poster for Talk To Her (2002)[13] and also Charlotte Rampling‘s documentary The Look (2011).[29]

He died on 3 September 2019 in Paris, at age 74.[37][38][27] A funeral mass was held at Saint-Sulpice church in Paris, amoung the guests were Carla Bruni, Charlotte Rampling, Anna Wintour, Kate Moss, Naomi Campbell, Julianne Moore, Salma Hayek and Francois-Henri Pinault. 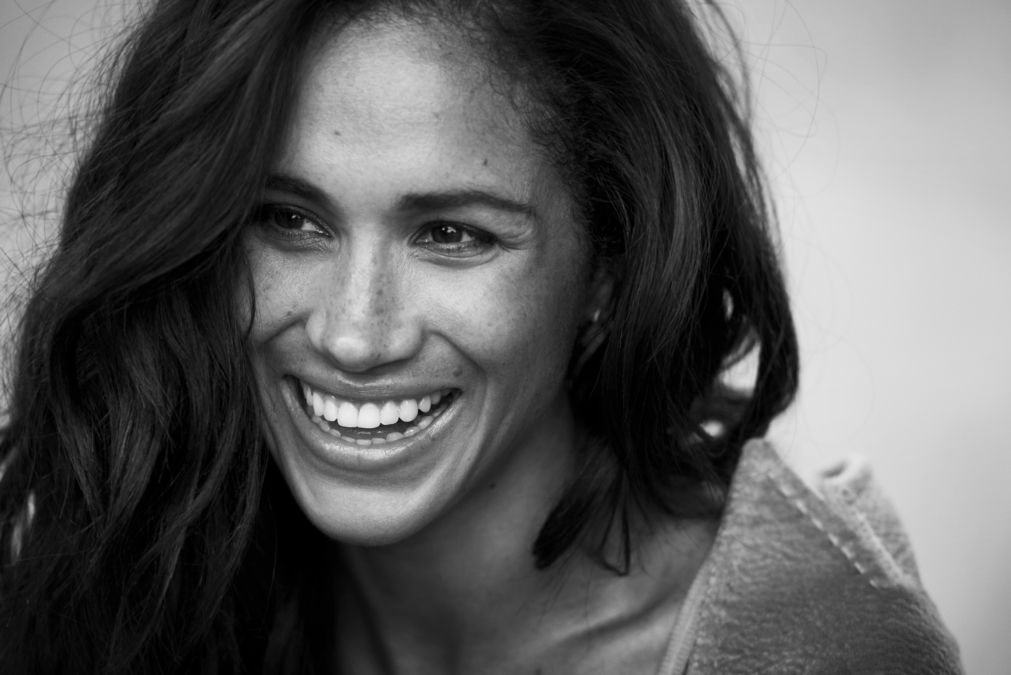