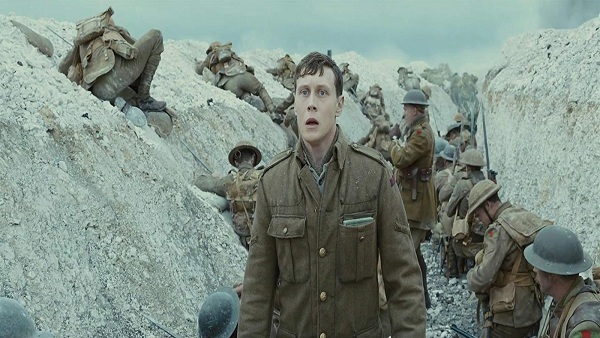 Not to be confused with Roger Deakin.

Roger Alexander Deakins CBE (born 24 May 1949) is an English cinematographer, best known for his work on the films of the Coen brothers, Sam Mendes and Denis Villeneuve. Deakins has been admitted to both the British Society of Cinematographers and to the American Society of Cinematographers. He is the recipient of five BAFTA Awards for Best Cinematography, and has had fifteen nominations and two wins for the Academy Award for Best Cinematography. His most well-known works include The Shawshank Redemption, Fargo, A Beautiful Mind, Skyfall, Sicario, Blade Runner 2049, and 1917, the last two of which earned him the Academy Awards.

Deakins received a Lifetime Achievement Award from the American Society of Cinematographers in 2011, and in 2013 he was bestowed the British title of Commander of the Most Excellent Order of the British Empire (CBE) by the Palace for his services to film. In further recognition of his “outstanding contribution[s] to… British film”, Deakins was named and serves as an Honorary Fellow of the National Film and Television School.

Deakins was born in Torquay in the English county of Devon.[1] His father ran a construction company, while his mother was an actress and amateur painter.[2] Deakins attended Torquay Boys’ Grammar School.[3] He took up painting from a young age, and subsequently enrolled in the Bath Academy of Art in Bath, Somerset, where he studied graphic design. While studying in Bath, Deakins developed a passion for photography; he cited the photographer Roger Mayne, who was then a guest lecturer at the academy, as a major source of inspiration.[2][4]

After college, Deakins applied to the newly-opened National Film School, but was denied admission as his photography was considered not “filmic” enough. He spent the following year wandering the countryside, photographing rural life in North Devon, before finally being admitted to the National Film School in 1972. Director Michael Radford was one of Deakins’ schoolmates.[2]

After graduating, Deakins found work as a cameraman, assisting in the production of various projects for approximately seven years.[2] An early project of his involved filming a nine-month trip on a yacht as an entrant of the Whitbread Round the World Race, titled Around the World with Ridgeway.[5] Deakins was subsequently hired to film two documentaries in Africa. His first, Zimbabwe, was a clandestine documentation of the Rhodesian Bush War, while his second, Eritrea – Behind Enemy Lines, depicted the Eritrean War of Independence.[5][6] He also shot anthropological documentaries in India and Sudan.[2]

During the late 1970s and early 1980s, Deakins was also involved in a number of music-related projects, including Blue Suede Shoes, a music documentary about the British rockabilly scene, the concert film Van Morrison in Ireland, and the Ray Davies musical film Return to Waterloo. He also made short music videos for Herbie Hancock, Eric Clapton, Marvin Gaye, Tracey Ullman, Madness, Level 42 and Meat Loaf.[6]

Deakins’ first dramatic project was miniseries titled Wolcott, about a black detective working in the East End of London. The camerawork of the miniseries impressed his former schoolmate and frequent collaborator Michael Radford, who enlisted Deakins for their first dramatic feature, the 1983 film Another Time, Another Place.[2][7] The film screened at the Cannes Film Festival and was well-received; subsequently, Deakins and Radford teamed up again on Nineteen Eighty-Four (1984), based upon George Orwell‘s novel of the same name.[5] The film was noted for its bold, unusual palette,[2] which Deakins achieved through a process known as bleach bypass, where the silver is retained in the print, creating a washed-out look that reflected Orwell’s bleak vision. Deakins was the first Western cinematographer to use the technique, which has since become highly influential and could be seen in films such as Seven (1995) and Saving Private Ryan (1998).[8] “Deakens was subsequently admitted to the British Society of Cinematographers.”[when?][2]:p2[better source needed]

In 1991, Deakins began his long-term collaboration with the Coen brothers, starting with the film Barton Fink. The Coens had been impressed with Deakins’ work, and reached out to him after their previous collaborator Barry Sonnenfeld left to pursue a career in directing.[2] The film won the Coens’ the Festival de Cannes 1991 Palme d’Or and Best Director awards (and John Turturro the award for Best Actor),[9] and earned Deakins best cinematography awards from New York, Chicago and Los Angeles film critics circles.[citation needed]

For the Coen brothers film O Brother, Where Art Thou? (2000), Deakins spent some two months fine-tuning the look, turning the lush green Mississippi landscape into a burnt, autumnal yellow and desaturating the overall image. This feat made O Brother the first ever feature film to be digitally color-corrected in its entirety,[10] and earned Deakins his fourth Academy Award nomination.[8] The following year, for his work in the Coen brothers’ The Man Who Wasn’t There (2001), Deakins received his fifth Oscar nomination[11] and won his first BAFTA Award for Best Cinematography.[12]

In 2008, Deakins received dual Oscar nominations—his sixth and seventh—for The Assassination of Jesse James by the Coward Robert Ford (2007) and No Country for Old Men (2007). He was the first cinematographer to achieve such a feat since Robert Surtees, who was nominated for The Last Picture Show and Summer of ’42 in 1972.[13] Deakins served as director of photography for Stephen Daldry’s The Reader (2008) but left mid-production due to delays and previous commitments, and was replaced by Chris Menges. The two cinematographers received a shared nomination for Best Cinematography at the 81st Academy Awards.[14]

Deakins worked with the Coens on the 2010 western True Grit—their eleventh collaboration—for which he received his ninth Oscar nomination.[15]

Deakins signed on as cinematographer for Skyfall (2012), having previously worked with director Sam Mendes on Jarhead (2005) and Revolutionary Road (2008).[16] For his work, Deakins received another Academy Award nomination for Best Cinematography, eventually losing to Claudio Miranda of Life of Pi—his 10th nomination without securing a win.[17]

Starting with Prisoners (2013), Deakins began working with director Denis Villeneuve. The two proceeded to collaborate on Sicario (2015) and Blade Runner 2049 (2017), with Deakins earning Oscar nominations for all three films.[19] For his work on Blade Runner 2049, Deakins received his first Academy Award for Best Cinematography on his 14th nomination.[20]

Deakins reunited with Sam Mendes on the 2019 war film 1917, filmed and edited to appear as one uninterrupted take, for which he received his second Academy Award on his 15th nomination.[21]

Deakins was honoured by Queen Elizabeth II as a Commander of the Most Excellent Order of the British Empire (CBE) in the 2013 Birthday Honours, for “services to film.”[47]

Deakins is often cited as one of the greatest and most influential cinematographers of all time.[48][49][50] His consistent output led fellow cinematographer Robert Elswit to jokingly suggest that the American Society of Cinematographers should establish a special award for “films shot by Roger Deakins.” [2] Deakins did achieve a degree of notoriety, however, for his lack of success at the Academy Awards, where he received 13 nominations without a win, a fact often lamented by journalists and film critics.[51][52][53] His first Oscar win (on his 14th nomination) for Blade Runner 2049[54] at the 90th Academy Awards was widely reported and met with great enthusiasm.[20]

Deakins is considered to be among the most respected and sought-after cinematographers in the film business. His involvement in a film could secure the casting of established stars—a distinction usually reserved for auteur directors.[1] He landed the role of director of photography in The Shawshank Redemption at the insistence of Tim Robbins, who had previously worked with him on the Coen brothers film The Hudsucker Proxy.[55] Josh Brolin agreed to join the cast of Sicario only after hearing of Deakins’ involvement.[1] When Ryan Gosling accepted his role in Blade Runner 2049, he cited the involvement of Deakins as a factor for his decision.[56]

Deakins married Isabella James Purefoy Ellis (b. January 1954,[57] professionally known as James Ellis Deakins[58] and often referred to simply as James[59][60]) on 11 December 1991.[61] They had met in 1991 in Los Angeles on the set of David Mamet‘s Homicide, where she was working as the script supervisor.[59] The two began dating after the Homicide production finished and were married within about six months.[59] Since then, James Ellis has “ovesee[n] the digital workflow of… film[s]”,[60] and they have worked together on various projects, including The Goldfinch and 1917.[58] As of February 2020, they reside in Kingswear, Devon, and Santa Monica, California.[60]

Deakins has kept a boat since beginning such activities with his father as a child—with him, first a sailboat, then a motor boat—and he currently keeps one in Torquay, his hometown, to which he often goes (and from which he fishes) when in England.[59][60] When in Devon he enjoys running,[59][60] and has maintained a passion for still photography.[60]

Since 2005, Deakins has maintained a website through which he frequently communicates with admirers and other industry practitioners. His correspondence includes answering fan questions and offering cinematography tips.[1][2]